Various attempts have been instigated to try and keep the Mountain clean over the last few years. Periodic litter patrols by the old Shannondale Club's Garden Club and the Citizens of Shannondale were organized and held over the years. The latest fight against litter began in April 2005 with the formation of the current litter patrol fondly known as BRILLO (Blue Ridge Litter Look Out). They have become known as the BRILLOpadders and every year since their inception, they have tried to do their part to keep the Mountain beautiful. BRILLO's fight against litter has grown and now includes sponsoring a yearly Earth Day event for our mountain youth. BRILLO hopes to eventually expand its efforts to encompass the entire Blue Ridge Mountain, bringing together existing groups and forming others.

Unfortunately, the rule of trash seems to be trash births trash. With increased participation, more trash being collected annually, and government officials involvement, it would seem that each year would see the need of less trash being collected. Yet with each year the collection of trash continues to increase as those unsavory litter bugs continue to destroy the Mountain's beauty while expecting others to clean up their mess.

Everyone needs to do their part! Don't litter, train your children not to litter and to respect our environment, encourage others not to litter, and make it a habit to pick up trash where you find it in your daily adventures. We also would love for you to join us in our efforts as we continue our vigilance in keeping the mountain clean. You too can become a BRILLOpadder!

A measure of BRILLO's early success can be demonstrated by the growth shown in the image below. 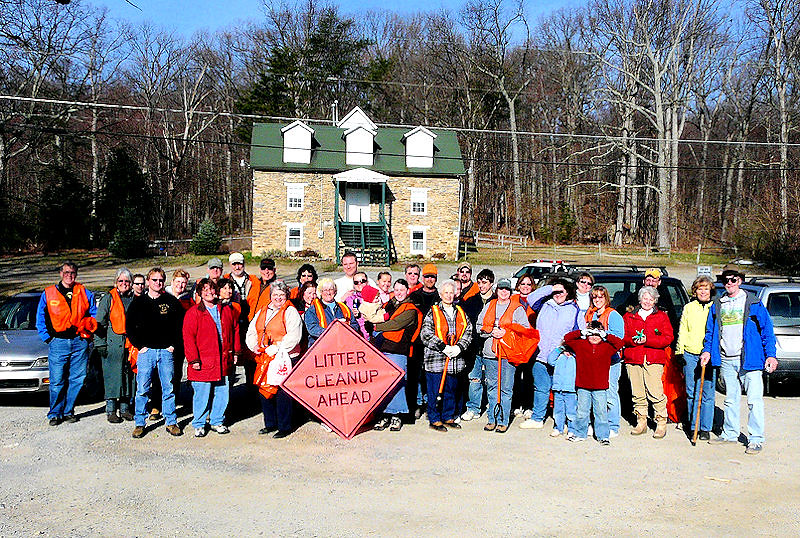