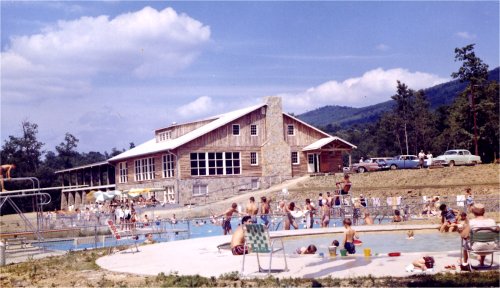 In the Winter of 2002, some former members of Shannondale Community Club came up with the idea of creating a website through which we could reconnect with others and share memories of the halcyon days of our youth. It was (and is) of great interest to us to preserve those wonderful times and the spirit we created and shared at the Club all those years ago. We felt the memories we created back then were too precious to lose to time. This site was created as a humble effort in that direction.
Prior to the destruction of the Clubhouse by fire on June 19, 2003, the major focus of the Shannondale Club Alumni website was to be directed toward "teens" who had frequented the facilities during the 50's and 60's. As a result of the events of June 19th, we have decided to widen the scope of the website to all those who enjoyed and shared memories of that wonderful old wooden structure we knew as the Shannondale Clubhouse and all the activities of the Shannondale Club.
Members, relatives, guests, attendees of civic or social events, employees or anyone else lucky enough to have been a part of the "Shannondale Experience" from its beginning are welcome to participate. We shamelessly are soliciting photos of people and events in the Shannondale setting. We also will gladly accept Club anecdotes or stories which we hope to soon post on the website
All our old buddies, their kids and (good golly) even grandkids who have managed to navigate your way to this site are invited to participate. All you other guys who have the Shannondale connection, jump in and join the fun. And BE SURE to get out the word to any other "alumni" whose whereabouts you might know! 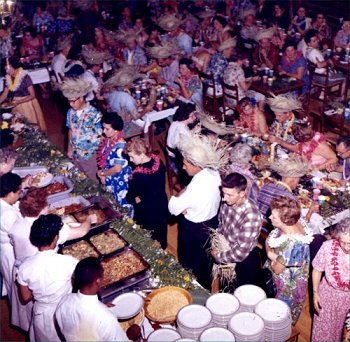 The modern Shannondale Community in Jefferson County was established in the mid-1950s by Charles M. Johnson, an engineer and real estate broker. He realized the potential of the property surrounding the Shannondale Springs as a retreat for residents of the Baltimore and Washington area. He invited people to come and enjoy the beauty of the Blue Ridge Mountains and the Shenandoah River. In 1955, the first road was built in the development then consisting of 2500 acres. Three years later, an Adirondack styled lodge, bath house, as well as, an Olympic-sized swimming pool had been constructed, in addition to, the recreational and camping facilities along the river. During that period, many summer vacation homes were built and more than 20 miles of rugged road had been put into use. Over time, the developer acquired more than 5,000 acres making Shannondale arguably the largest subdivision in the State of West Virginia (in surface area).

In 1961, work commenced on an earthen dam to impound a 65-acre lake adjacent to and partially surrounding the clubhouse and pool. When it was completed, the lake was the largest in the state owned by a private entity. Building and membership in the community club (membership was concomitant with the purchase of development property) increased dramatically with the lake's completion. By 1970, Shannondale consisted of more than 500 homes, many of which were converted to full time residences, and over 40 miles of roads. C. M. Johnson remained one of the few developers of "Shannondale style" communities who delivered what was promised to its membership. The club relinquished its private status in 1972 and was bought by a consortium of members in 1978. As a result of changing demographics and the loss of operating capital from land sales, the operation never regained the luster of the years of the late 50's and 60's.

The property is now privately owned and was operated as The Mountain Lake Club. The Lodge (formerly the Clubhouse) was destroyed tragic fire on June 19th 2003. The investigation into the cause of the conflagration proved fruitless. The owners of the Lodge are now offering memberships in the "Mountain Lake Club". The surrounding community now consists of more than 1200 homes, most of which are inhabited on a full-time basis. The over 70 miles of roads present are now maintained by the State of West Virginia.

You can access the Shannondale Club Alumni site at the page to which to which many of you have become accustomed: