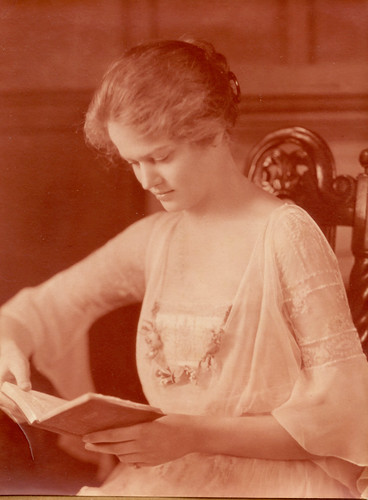 We suspect most of Shannondale and Beyond's viewers haven't heard of Julia Davis. Ms. Davis is another of what we consider the hidden treasures of Jefferson County. If someone has heard of her it would likely be with regard to her play, The Anvil, which recounted the trial of the abolitionist and insurrectionist John Brown.

We've been granted the privilege of posting William Theriault's biography of Ms. Davis. It's a great read. Ms. Adams died January 30, 1993 in Ranson, WV. The New York Times published this obituary on February 2, 1993

Julia Davis Adams, a writer, died Saturday at Jefferson Memorial Hospital in Ranson, W. Va. She lived in Charles Town, W. Va., and was 92. Her family attributed her death to natural causes.

Mrs. Adams, who was born in Clarksburg, W. Va., attended Wellesley College and graduated from Barnard College in 1922. She began her career as a reporter for The Associated Press in New York City, where she also headed the adoption service of the Children's Aid Society in the early 1960's.

She was the author of two dozen books, mostly novels. Writing as Julia Davis, she often dealt with the history of her native state and the role her family had played in it.

She also published reminiscences of the year she spent in London as the daughter of the United States Ambassador to Britain. Her father, John W. Davis, subsequently ran for President on the Democratic ticket, losing to Calvin Coolidge in 1924.

Her play, "The Anvil," was a re-creation of the trial of John Brown. Written as Charles Town's contribution to the Civil War centennial, it was an off-Broadway production in 1962.

Mrs. Adams was the last surviving member of her immediate family. She was married four times: twice to William M. Adams, her first and last husband, who died two years ago. She is survived by three daughters and four sons of her other husbands: Mary Eaton Kerns; Erin Healy Sheffield; Sister Benedict, a Roman Catholic nun; William Jones; Paul West Jr., Timothy Healy and Ramon Sender.