Welcome to one of the most extensive history presentations ever assembled for our county of Jefferson, West Virginia. The presentation, which presently consists of 190 YouTube film shorts and links to 2 websites, is a labor of love by Jim Surkamp. To describe Jim as an ardent lover of history would be an understatement of the greatest magnitude. 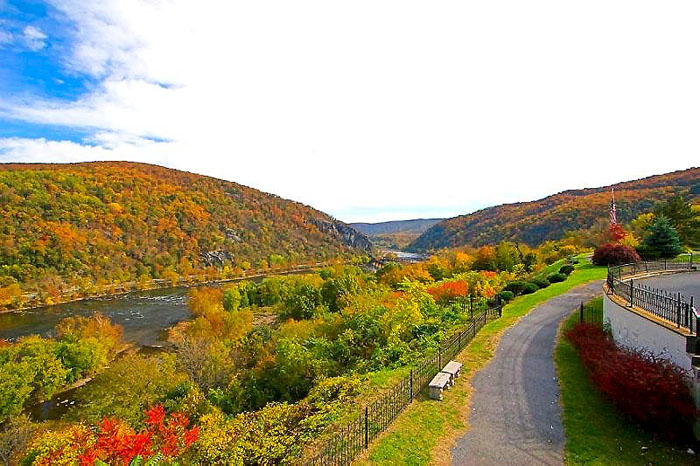 In Jim Surkamp's own words:

The stories, ranging from a quarter of a billion years ago, when the world was exploding and boiling, to when Patsy Cline had her first big recording date in Nashville in the late 1950's, were all stories I researched, wrote and produced either on my own, in conjunction with the Jefferson County Oral and Visual Historical Association and Bill Theriault or the now defunct cable company, Adelphia ( I have received permission from Comcast, who bought Adelphia, to share these videos).

A thanks to the great musical group called Nightengale.

A huge thanks to Shepherd University's library and staff that has such excellent, endlessly used resources.

We have a dazzling county with a history that makes it arguably the most historical county in America, the county that inspired that l'l ol' song, Country Roads(Blue Ridge Mountains and the Shenandoah river) the only county in West Virginia with those features is our County).

I'm very glad to share them. When I drive down any County Country road I see these events in my imagination.


Our Story
BEFORE 1700 IN JEFFERSON COUNTY'S REGION:

THE 18th CENTURY IN JEFFERSON COUNTY:

Shepherdstown - The Beeline March to Cambridge - Two companies of Virginians, one leaving from near Morgans Grove, marched 600 miles in 25 days, to join the Continental Army - July-August, 1775.

The Shindlers of Shepherdstown - These ancestors of Actress Mary Tyler Moore came to Shepherdstown around 1790 and remained with descendants for over a hundred or so years. - 1790-1900.

32) Antietam - 1: Northbound
33) Antietam - 2: Lost Order 191
34) Antietam - 3: Cornfield
35) Antietam - 4: Sunken Lane
36) Antietam - 5: John Gordon
37) Antietam - 6: "The End In Sight"
38) Antietam - 7: McClellan Stalls
39) Antietam - 8: Last Best Hope
Shepherdstown - 1862: About a thousand mostly women, children, and servants had to find ways to care for several thousand gravely wounded and mostly Confederate soldiers from the battle at Antietam that could be loudly heard from Shepherdstown. "It seems to me now that the roar of the day began with the light. . ."

The Bower - JEB Stuart's 400 men encamped at The Bower for a month after the battle of Antietam, with stories of romance and sudden absences to go on raids - 1862:

PEOPLE OF THE CIVIL WAR IN JEFFERSON COUNTY:

58) Charles Town - John Augustine Washington - The last family member to own Mount Vernon who lived every summer in Jefferson County, was killed by a sniper's bullet while serving as Gen. Robert E. Lee's chief-of-staff. - 1861.

68) John Brown's Smooch That Didn't Happen - Just before he was hanged John Brown was said to have kissed a black infant as written by poet John Greenleaf Whittier. - 1859

Charles Town - Coal Miners Trial - 1921:
(Excerpted from Barbara Kopple's documentary "Out of Darkness", available for purchase from the United Mine Workers organization)

Charles Town - 1941: Original film by the Lions
Club and Tim Sinn. Researched and scripted later by Jim Surkamp with help from residents who identified over 500 people in the film.

The History of the Jefferson County Fair - 18th century to now:

162) Shannondale Springs - The Ring Tournament and The Rest - 19th century