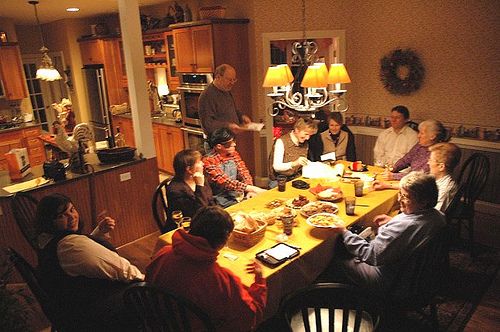 At Cissey's again for wine, cheese, good cheer and, Oh, and some planning, too. Membership in the group seems to be growing, HOORAY! Livin' large on the river, Cissey and Stan's makes the trash by the roadsides seem far away (but not TOO far). And look on the table- there are pads and pencils along with the grub!!!

Jen almost never gets in the picture. Willis tries to correct the oversight.

BRILLO continues the fight against litter by engaging the help of the WV Department of Environment Protection....after all it's all about educating our community to protect the environment.

Caron Melton, district coordinator for the WV Department of Environmental Protection, gives a talk to the Blue Ridge Elementary (BRE) School. Caron graciously accepted Cissey's request to help BRILLO and presented a show on protecting our environment by not littering to the BRE students.

And WHAT a show it was! Caron did a super job and the rapt attention of the students doesn't belie that statement.

Ms. Melton casts a watchful eye over her volunteers in the "Recycling Games".

Everyone who learned something raise your hands. Thanks Caron, DEP and Cissey for the show!!!

The planning is put into action. The April pickup included a hospitality table for the padders courtesy of Jenniffer and Black Dog Coffee. A little fresh roasted, fresh ground coffee goes a long way to getting the feets movin' along the berm of the road. Nice sweatshirt, Randy, and pass those pastries over here thru the monitor! BRILLO thanks St Andrew's for the use of the Church and parking lot as the staging area for the cleanup!

News Release in the local paper:

BRILLOpadders Rub Out Roadside Rubbish
On April 21st, the day before the official anniversary of the establishment of Earth Day, the volunteers of the Blue Ridge Litter Lookout(BRILLO), affectionately called the "padders", picked up litter along the berms of Mission Road. More than 80 bags of trash were collected from just over 4 miles of roadway.

The group rendezvoused at St. Andrew's on-the-Mount Episcopal Church where a local coffee roasting firm provided the beverage to accompany delicious home baked biscotti cookies provided by one of our orginal padders, Jenniffer Baltzell. Jenniffer also helped herd the reluctant crowd to pose for her camera in front of the Mountain Community Center. What a gorgeous day and what a Herculean accomplishment for the motley assortment of BRILLOpadders!

The group plans more cleanup activities throughout the year and maintains a forum on the website "Shannondale And Beyond". Interested parties are encouraged to visit the forum at Shannondale.Org for more information. Suggestions and comments are appreciated and graciously accepted. The group also wishes to thank the local Department of Highways and the WV Department of Environmental Protection's REAP program for provision and distribution of supplies.

Cissey is seen strutting her stuff and well she should, as the leader of the pack and the driving force behind
BRILLO.

@austrianalps holds her grabbers high to salute today's victory over litter. No naif, AA knows, though, that knuckleheads everywhere are planning on redistributing their trash in the coming months. Education of our youngsters is the first defense on our sensibilities. The second is getting the WV Bottle Bill passed. For more information on the WV Bottle Bill visit www.WVBottleBill.org

Willis and Fred Blackmer a member of Keep Jefferson Beautiful, are shown meeting and greeting patrons of the fair. A lot of discussion is expected at the next couple of BRILLO meeting regarding our presence at the annual event.

The 'padders smile for the camera before setting out on October 6, 2007

So Long 'til Next Year.